We do not want to deceive you. 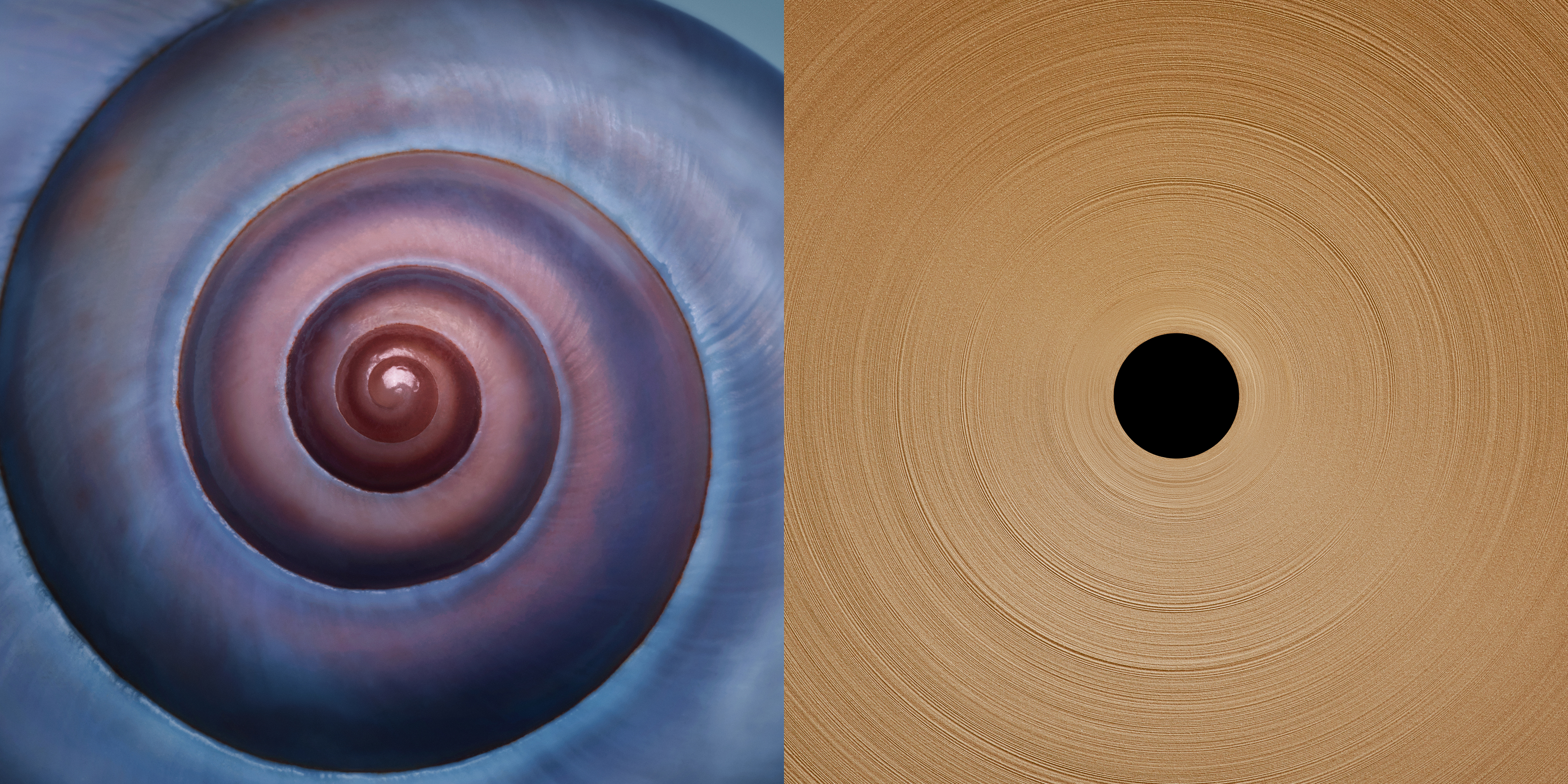 We want to set goals we can actually reach.

Our actions are based on set values and clear rules. We are convinced that environmental laws and economic laws go hand in hand: they are two sides of the same coin. This belief feeds into our vision and gives rise to the goals we want to reach.

We also make sure nothing is lost in the process of reaching these goals. Waste is something we do not want, particularly in the midst of the bureaucratic pressure that comes in the wake of ever-increasing compliance requirements. We act carefully, precisely, truthfully and attentively, and create value. We accept responsibility towards our customers, partners, employees and the environment, and create value.

Letter from the CEO: Mainstream or sustainability?

It becomes particularly strange when fear is made big in the climate issue and sustainability is propagated simultaneously - such is this currently dominant spirit: creating so much confusion with a lot of contradiction that everyone gratefully grasps at the order-creating straw of politics. We, however, are pleased that we have been active in the circular economy for 140 years and have good prospects for the future. Joy is what lasts, and it does so better than many a currency. Even our central bank is constantly creating new money out of nothing. The corresponding counterpart of the work has not yet been done and the savers are expropriated by manipulated money prices - in this case, negative interest rates. A currency cannot last if it is torn between state monopoly money and global currency markets and if its citizens ask themselves why they have to work for money when they can do it at the push of a button. Inflation has therefore existed for decades, but it has only been noticed since it went through the roof.

This country is surrounded by countries that are part of a currency experiment that is politically motivated and out of touch with reality. Shortly after the introduction of the euro, a debtor country becomes the world's export champion because its currency is weaker than the one that suits it. And other countries from the South have to be «rescued» with massive transfer payments because the currency is stronger than it naturally should be and too cheap, thus tempting them into debt. The European Central Bank threatens further «bailouts, at any cost». Meanwhile, almost all central banks are covering their respective domains with a form of monetary socialism. This lowers the inhibition threshold to deprive citizens of their freedom of trade and commerce when a pandemic arises. The over-indebtedness of the public sphere thus spreads to the private sphere as well. It is to be feared that the confusion of money and capital will continue until, with the money floodgates fully open, capital is completely consumed by a rent-seeking society. In the context of such damaged, i.e. parasitic and non-learning societies, the longing for sustainability must grow - and this is cause for hope!

As an employee in a company that is in its 140th year of operation, I am more committed to sustainability than to the loud call to report on it. So I admit to doubting the sustainability of the push for a sustainability report. Isn't this precisely an issue we should keep quiet about to be able to do more? After all, the truth will come out eventually.

But that presupposes a basic trust that is being chased away today by sowing fear from every corner. Whoever propagates silence is already suspicious. Our strange times thus manage to reverse the saying «Talk is silver, silence is gold». With the increasing pressure for reports of all kinds, do we want to be led to believe that silver is worth more than gold? How glad I am that the price signals from the worldwide interaction of supply and demand prove the popular saying right and not the zeitgeist!

The speech noise could be also fed by the fact that the mouth is permanently indignant about its numerical inferiority compared with the two ears. How gladly it follows the seduction of equality with the consequence that both sides suffer. The mouth must say more than it is predisposed to say, so that sounds emerge there that are empty, unreflected, discordant, stammering, or lying. And the ears have to hear more than they can bear and begin to shut down. Strangely many look forward to the weekend, the «home office» and the vacations to be able to «switch off».

And my final confession: I can write all I want here; I've given in to the pressure to produce a sustainability report primarily because I can keep it short: Our constant transformation of the old, the used, and the discarded into the new, the beautiful, and the important are illustrative of sustainable value creation par excellence. It helps us in our perceived appreciation for customers, employees, fellow human beings, indeed life, the world, and creation in general. For us, economy and ecology come from the same family.

«We are able to make improvements day after day, thanks to the expertise and commitment of all our employees.»

We, too, contribute to global warming. But we are also doing a lot to combat it. In addition to countless measures already implemented, we have committed to reducing greenhouse gas emissions in accordance with the Paris climate agreement. This commitment is based on the SBTi (Science Based Target initiative) standard, which lasts until 2030 and sets the path towards net zero. Furthermore, we report annually with CDP Climate Change.

We develop, manufacture and supply high-quality display and packaging solutions made of cardboard and corrugated card.

As a family-run company, we have been dealing with the challenges of the present and the future for several generations. Since we want our sustainable fundamentals to stay that way, ongoing changes, improvements, and adjustments to the most effective points are necessary; in terms of individual integrity, the paper cycle, product quality, resource efficiency, supply chain, occupational safety, and our employees.

Our Code of Conduct acts as a guideline for responsible corporate behaviour relating to social, environmental, and economic matters. It is based on the UNGC (United Nations Global Compact) 10 principles. The UNGC is a global alliance between international companies and the UN and aims to shape globalization at a social and ecological level.

We use the SEDEX (Supplier Ethical Data Exchange) online platform to provide up-to-date information on the status of our processes related to sustainability – and our customers can also access it. We have been audited under the SMETA (Sedex Members' Ethical Trade Audit) procedure, which looks at issues such as environmental management, working conditions, occupational safety and hygiene.

Our contribution to the Circular Economy

We produce our products within a closed paper cycle. This was the principle our company was founded on in 1882, and even back then people realized that collection and recycling of recovered paper offered benefits of both a financial and environmental nature. Since then, we have never stopped trying to optimize this cycle.

Nowadays, more than 80% of our packaging is made of recycled material. If our customers request virgin fibre, we source it from Europe or the US. We can produce our products from 100% FSC-certified fibre FSC (Forest Stewardship Council) fibres at all our factories.

Every action we undertake has an effect. If we want to understand these effects, we must identify and understand complex connections, some of which are not all that obvious.

We can rely on our customers to provide inspiration in this regard. They motivate us and challenge us, day in, day out, thanks to their high expectations of our products and services.

Our employees also drive forward our ability to come up with innovations. They have the freedom to put their skills into practice independently. This freedom allows them to unleash their potential so they can discover opportunities, take the initiative and make bold decisions.

We make light work of...

…being a sustainable partner. Our Model Lean System helps us create leaner and more agile and stable processes.

Our processes are quick and efficient and continuously optimized. We aim to achieve the highest security, quality, supply reliability, and added value for our customers.

With every change we make, we strive to achieve resource-friendly growth, while also minimizing any undesirable effects on the environment, society, and our colleagues.

«The Model Lean System was designed based on the ideas and methods used in lean management.»

This Sustainability Report encompasses all the activities and key figures of every company within the Model Group.

This report has been drafted in compliance with the GRI standards, ‘Core’ version. The Sustainability Report itself has not been reviewed by an external expert.

This report complies with the Global Reporting Initiative (GRI) standards and aligns the key aspects of the GRI with the four pillars of the Model Group’s sustainability strategy.

TO THE GRI INFORMATION

To the next topics

Our products have an impact on the environment. That is why we ensure that they are harmless.

Our manufacturing processes are not yet carbon-neutral. But we are making good progress.

In short, we delegate responsibility. To every single person.